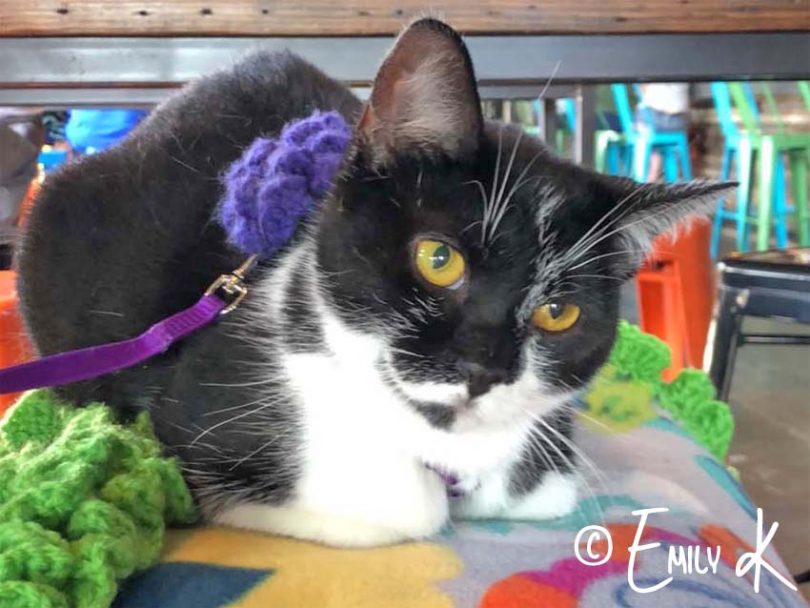 Central Ohio has become a great location for small breweries. One of them, Platform Beer Co, has non-profit Tuesdays and last week they had Colony Cats come in. A dollar from each pint sold all day goes to the non-profit.

Since I volunteer with Colony Cats and Chanel is an alumni, I decided to head down so long as it didn’t get too warm. Fortunately I discovered an added bonus…since the bar attached to the brewery has no kitchen, we could actually sit inside the building. Like others in the area, the bar is an open space with garage type doors that can be opened. 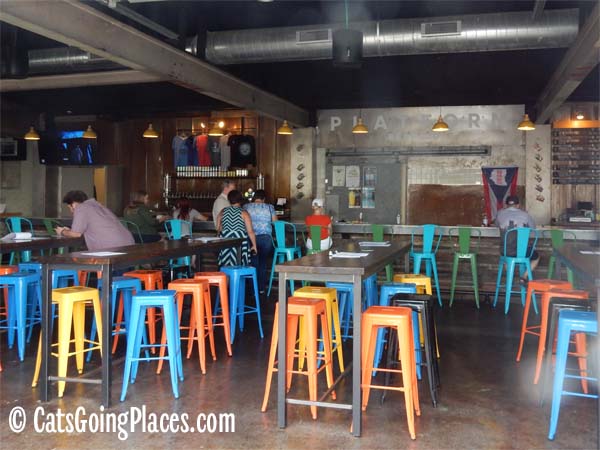 The rescue set up a space in a corner. Chanel and I sat at a table with other volunteers. Hobo is an adoptable cat that came along as well. He is at one of the partner stores so he is already adjusted to a harness and leash. He had a great time wandering the bar area, though he REALLY wanted to get behind the bar. 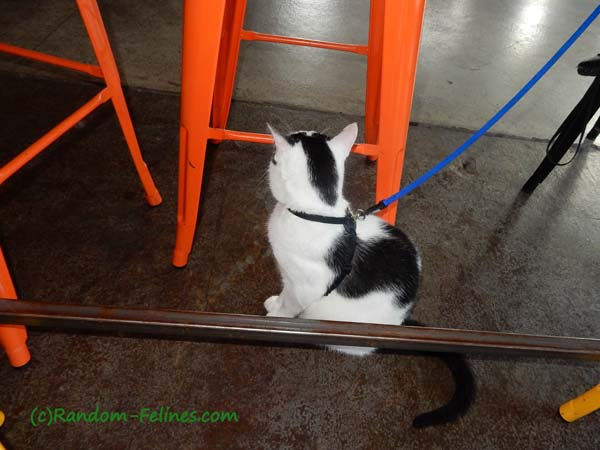 Since these breweries don’t have kitchens, a lot of them in the area have brew cats to help with mice problems due to having grains on hand. We did ask Platform and they said they have considered it but know that the neighborhood where they are located isn’t animal friendly and they worry if a cat were to get outside that something bad would happen. They are considering their options and said they may reconsider if they can come up with a way to keep a brew cat safely contained.

Chanel had a good time. I bought her a new blanket and put that on one of the stools for her. She sat there for over an hour, but she does tend to like to sprawl out and couldn’t do that on the stool. She did great with the people and the noise as well. Since I hadn’t taken her into an environment like this, I wasn’t sure what she would do while we were there. The bar area is basically a large concrete box so the noise was a little louder than our normal outings. But other than some occasional ear twitching, she seemed fine.

After a while, she sat up and looked around. I wasn’t sure what she was up to until she climbed over my lap and put herself back into the stroller. The nice part is she tends to stay in there even with it open and it is a safe space for her while we are out. 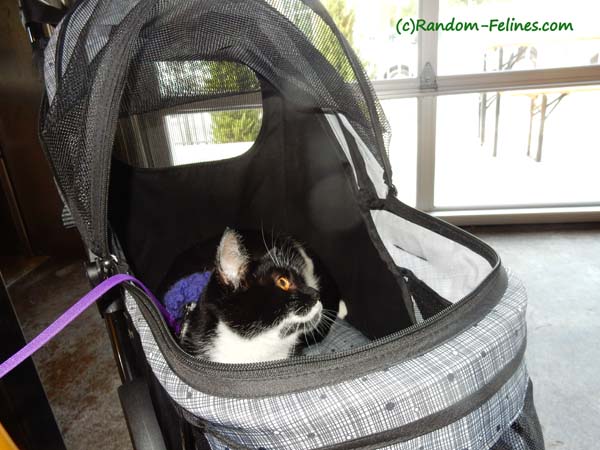 As a new adventure, it went really well. We stayed longer than I had originally planned, but she was doing so well that I wasn’t concerned. Obviously any time we are out, my first concern is her well being and comfort. As long as she seems OK with everything, we stay out and will continue to go to events. I certainly suggest checking in your local areas for some of these small breweries. The couple we have gone to team up with food trucks so there is available food. As always, I suggest you call first to check they are pet friendly.