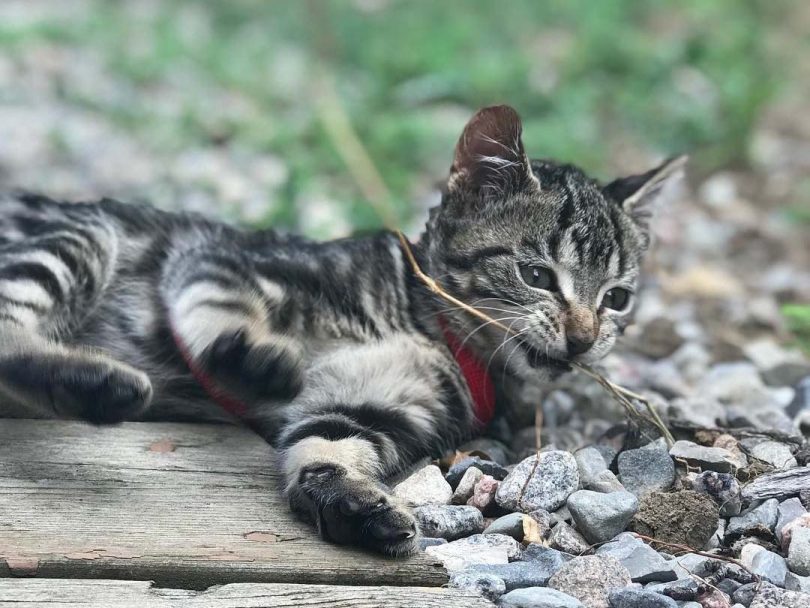 Some cats don’t walk as easily as others. Cats with cerebellar hypoplasia have their cerebellum, the portion of their brain that plays a major role in motor control and coordination, not develop the way that other cat’s brains develop. This can result in jerky movements instead of the smooth, coordinated motions you normally expect from a cat.

Today’s featured urban adventure cat is a Canadian kitty who has cerebellar hypoplasia (CH), but that doesn’t slow down her active lifestyle!

Tell us a little about your urban adventure cat

She is very smart. We had had her from a very young age. So she has a few behavioral issues from being separated from her mother so early. But overall she’s a very good cat, and she eats like a pig. The first three months of her life she spent around dogs: three labs and an Australian Shepard/ hound mix. 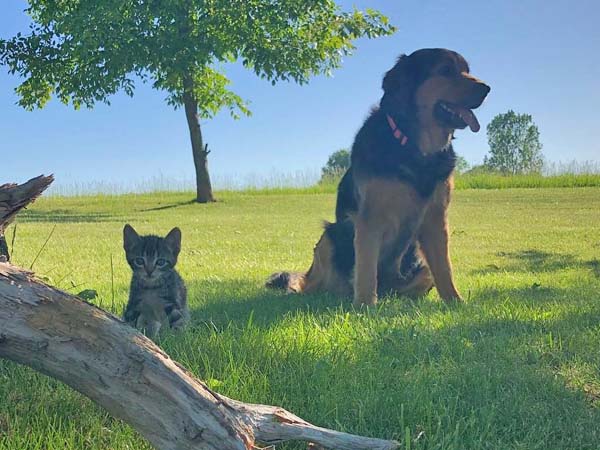 So often times she really reminds me of a dog. Her worst quality is probably that she begs for food so badly.

My partner and I are both full time students who work part time and volunteer so we are very busy and not home as much as we would like so Beans has been struggling with that lately. When we are home we try to make her as involved as we can and spend quality time with her (as one would with a child because she is our fur baby).

How did you get started going places with your cat?

My partner and I took in beans when we are home for the summer in between first and second year of university and college. She was originally supposed to go to my sister. But my sister can provide the care Beans needed with being a special cat. So my partner and I ended up taking her and we realized that she would be travelling a lot because we live two hours away from where we are going to school. So we introduced her early to driving in the car knowing that she would have to travel often in a vehicle when we went home. 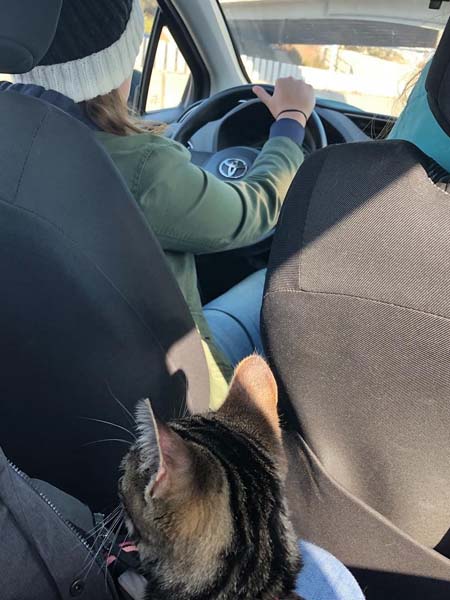 I’m more of a dog person in my partner loves cats so we tried to compromise but we got a cat so That’s how that went. But I do not regret getting beans because she is like a tiny little dog. She goes on walks with us she loves chasing birds and squirrels she loves playing in the leaves and she plays fetch with little sticks she’s getting close to bring the stick back but not quite there yet.

Where do you go on adventures with your cat?

We live in Ottawa Ontario which is The capital of Canada so we usually take her to monuments like Parliament Hill, major Hill Park, the byword market, University of Ottawa park, and just anywhere in between. Back home we also take her to Lakes, rivers, boardwalks, hiking trails, beans has even been camping at Bon Echo provincial park. 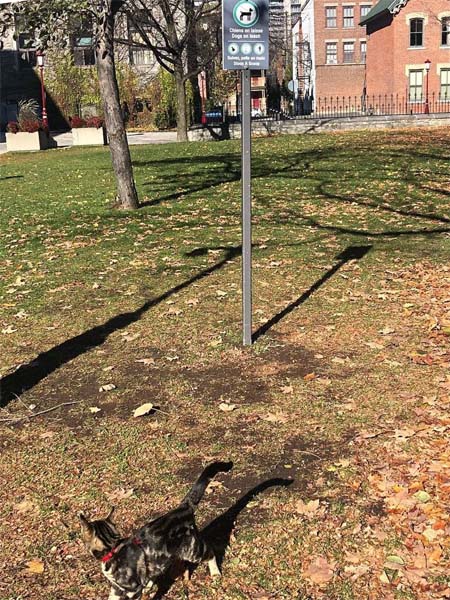 Do you and your cat have a favorite destination?

Beans his favorite location to adventure is the park at the University of Ottawa that’s about five minutes from our house. She loves all the leaves on the ground that she can play with, she loves running from the grass to the pavement, she loves meeting new animals, she loves sniffing around the trees and finding sticks to chew on, and just exploring in general.

How to people you meet respond to your cat?

At first when they see us holding the leash they think we have a dog but then they take a closer look and realize it’s a cat and then they take even closer look and realize that she’s not a normal cat. Most times people stop to ask what kind of cat she is and why she walks funny and things like that. People always want to let her and most times Beans does really well with meeting new people. It’s meeting new animals she struggles with.

Do you have to make special preparations or make special considerations when you go on adventures with a CH cat like Beans?

We have realized beans can get very overwhelmed when being out in public so we have a backpack to put her in when she gets tried or is stressed out. We keep her blanket and her two favorite toys in there to keep her calm as well as give her many treats for being such a good girl. Beans is pretty capable with walking because we started her training from a young age but she definitely gets tired quicker than a normal cat and gets very frustrated so we just have to be very good with reading her and knowing her limits.

What have you learned by getting out on adventures with your cat?

We have learned that if you respect your animal and really read how they are reacting to situations the sky is the limit. Exercise and socializing them makes a world of difference for both the animals and the owners behavior. 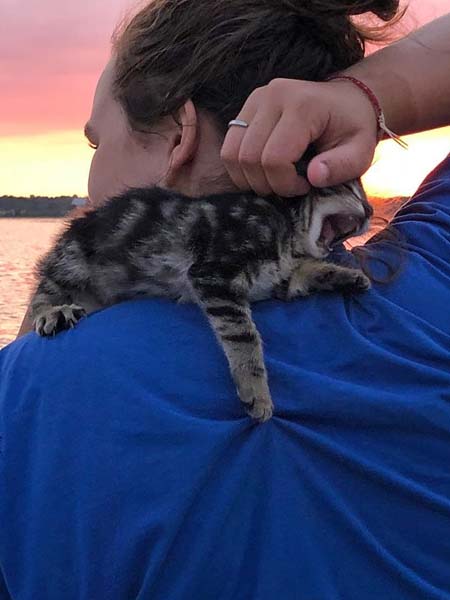 Keep up with Beans!