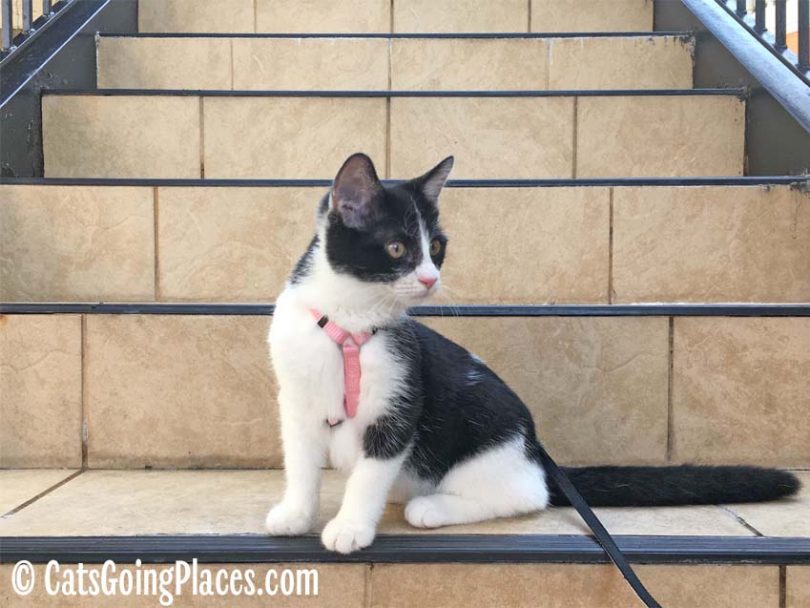 Cupcake may be the best-known cat in south Orlando, but she didn’t start out that way.

She was one of a litter of five kittens who were born to a homeless mother cat in the window well of a building in Ohio. The kittens and their mother were fortunate enough to be rescued by the Colony Cats rescue organization. 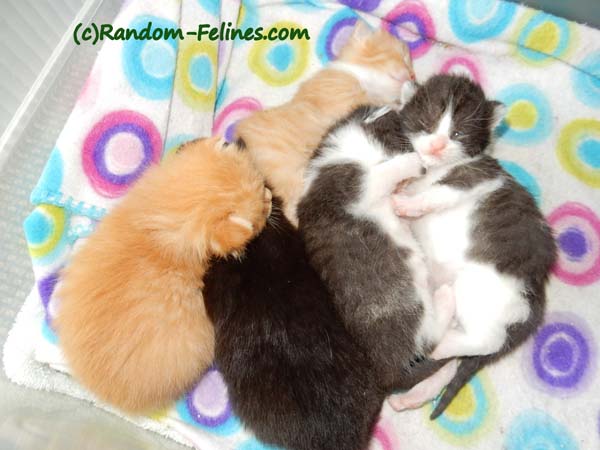 One of the three kittens was Dior, a black and white short-haired tuxedo. During the course of the conference, little Dior and her brothers became familiar with wearing harnesses. They saw lots of dogs and cats, and they came into contact with dozens and dozens of humans. 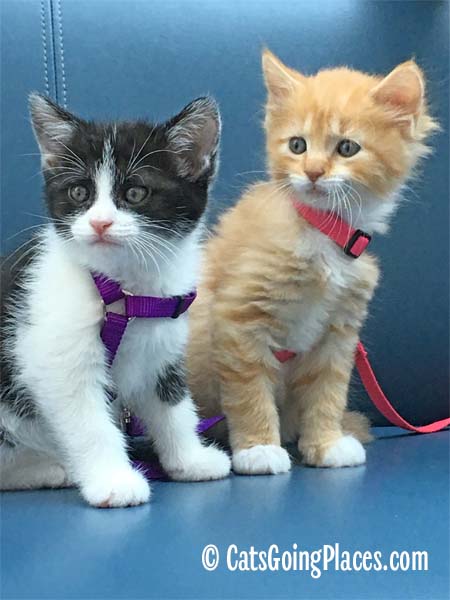 When Dior wasn’t out getting socialized and seeing new sights, she was busy charming me. I was rooming with her foster Mom for the conference, and Dior was on an all-out campaign to win me over, one no human could possibly resist. 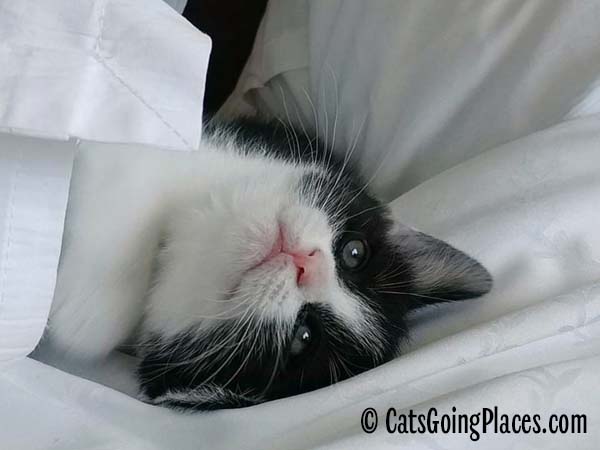 A month later, little Dior arrived at my house in Florida to be adopted. When she did, she got a new name: Cupcake.

At the time, I didn’t have any plans to continue taking her out on the town, but I did want to make sure she had a kitten harness to replace the one she wore for her plane ride from Ohio. She had to give that one back so future foster kittens could wear it.

While her foster Mom and I were out with her to buy her new harness, they decided to stop in to get ice cream, and it was clear that little Cupcake really enjoyed the outing. 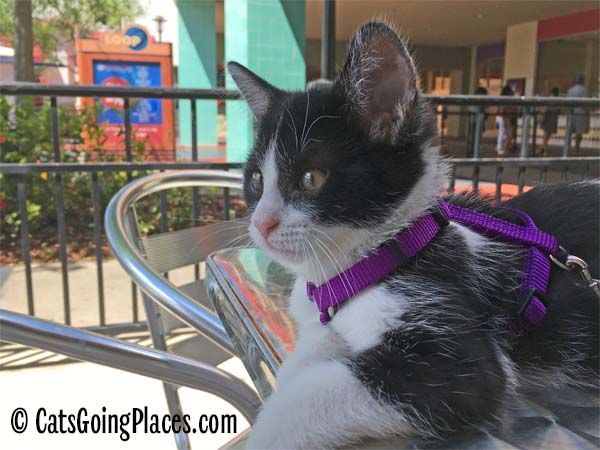 I continued to take her to various places around town, from the local coffee shop patio to the various pet-friendly stores around town. Today, when we walk into one of the local pet stores, several voices chorus, “Cupcake!” the way everyone yelled “Norm!” at Cheers.

We are still expanding Cupcake’s boundaries with expeditions to new places in town, and we look forward to sharing them with you!