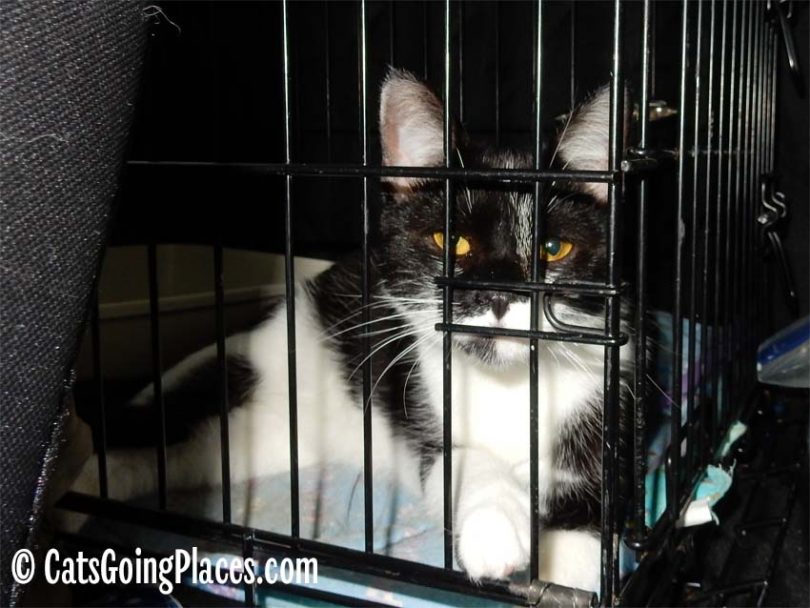 Chanel and I traveled to the BlogPaws conference in Kansas City this past April by car. I have a weird mathematical equation in my head that determines if I drive or fly. What it comes down to is unless the drive is REALLY long, I am driving. In this case, I was also planning to bring Chanel and honestly with my stuff, her stuff and conference stuff, I needed my car.

Now, I also occasionally drive dogs on transports for rescue, so when I bought my new-to-me Escape, I wanted to get a seat cover for the back seat. I did some research and decided on the 4Knines Dog Seat Cover. They come with and without a hammock and I went without as I thought it would just get in the way.

The seat cover is waterproof and honestly slipped on very easy – right over the seat with straps around the headrests to keep it in place. There are velcro spots for the seat belt buckles as well. I like the fact also that it aprons down the front of the seat for more coverage. 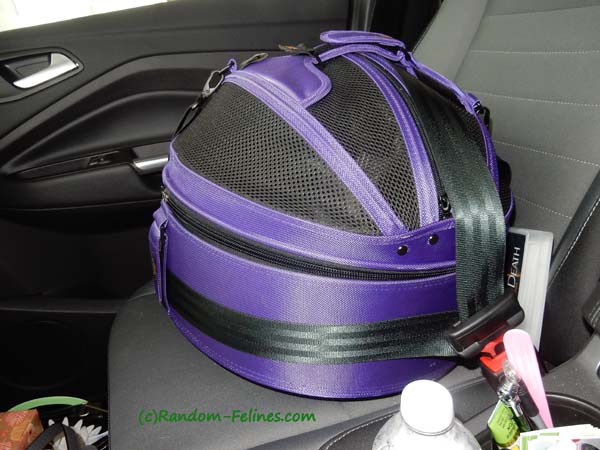 Having the seat cover in place meant I could set up a spot for Chanel to travel without having to worry about the seats. The driving app said it was about 10 hours from our house to the hotel in Kansas City (it was overly optimistic…plus we got stuck in traffic at one point on the way there due to a semi accident). I started out with Chanel in her Sleepypod carrier in the front seat, but she got fairly squirmy after about 90 minutes. What I have discovered with her is that, while some cats like to curl up to rest, she is a sprawling kind of girl….the more space she can take up the better.

Before leaving, I set up an area in the backseat for her. Thankfully being in rescue, I have a couple of small wire crates that I keep in my car. I popped up one for her that would contain a litter box along with food and water. I didn’t leave water in the dish in case of bumps, but I would give her some every time we stopped. She also got a few treats at every stop as well. I got bored enough that at every stop we posted to Instagram using #backseatdriver #cat hashtags. She never did use the litter box, but I am glad it was in there just in case. 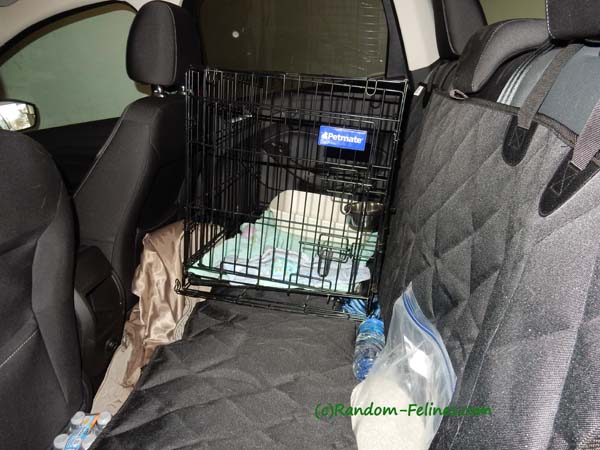 I did strap the crate to the car using the seatbelt. I live in fear of something happening while I am driving. No way would I ever travel with her on the loose and I prefer to belt in her carrier or the crate if I am traveling any distance.

Fortunately, we travel around locally enough that I figured she would be fine in the car. I just wasn’t very sure how she would do for that long. If she was a cat that liked to be out and walk on her leash, I would have probably given her that opportunity a couple of times along the road. However, she doesn’t really walk much on her leash and it would have been more bother than it was worth getting her harness on and off. Plus, even for April, it was COLD. So while the crate wasn’t super large, it served the purpose of getting us where we needed to go. I will say that she was a great traveler and I wouldn’t hesitate to take her with me again in the car. 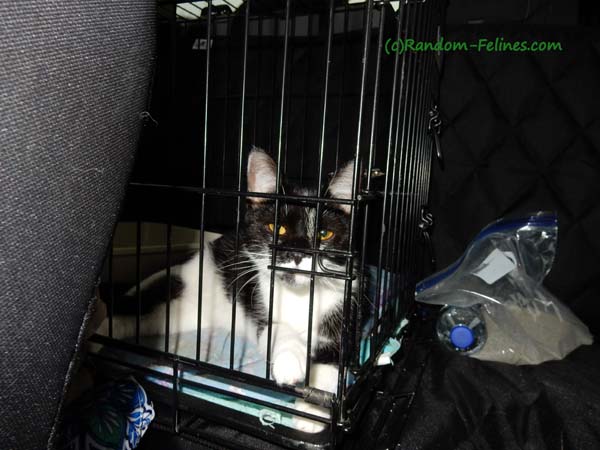