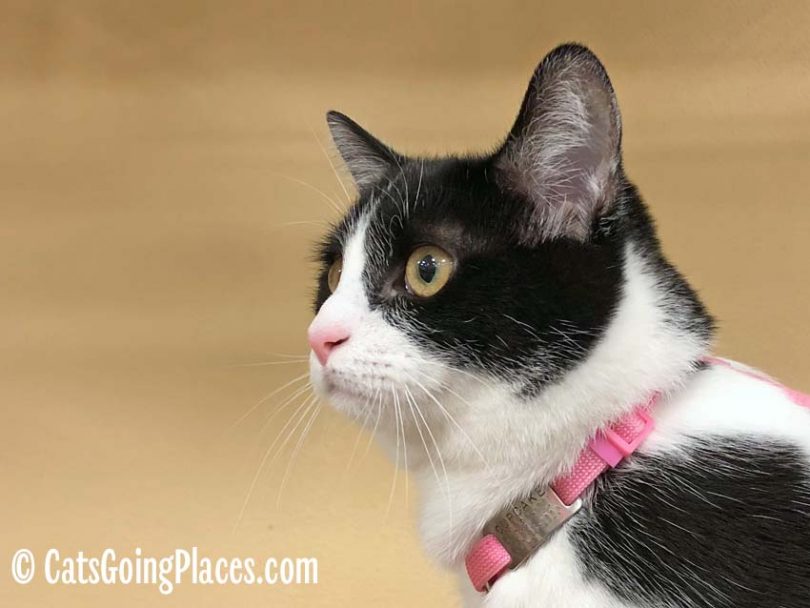 Losing Cupcake while we are far from home is one of my biggest fears. She’s a cat, and cats can sometimes get scared, so there’s always the chance that something could happen to scare her away from me in a moment of panic.

To reassure myself that she will get back to me, Cupcake always wears ID. And has a backup, too.

Cupcake’s ID tag is her first line of identification. ID tags are the traditional way to identify pets, which is probably why they make rabies tags in this format. They attach to a cat’s collar so there’s a visual cue that the cat has someone who loves them and wants them back.

My cats have worn inline collar tags from Boomerang Tags over ten years. I really like that the slide onto the cat’s collar instead of dangling, so they aren’t difficult for timid cats to get accustomed to wearing.

Since Cupcake usually wears a harness made of 3/8″ webbing that is the same width as a cat’s collar, I can use the same collar tag for her harness that I do for her everyday breakaway collar. It stays out of the way, but it is visible and easy to find if she were to get away from me when we were out in public. 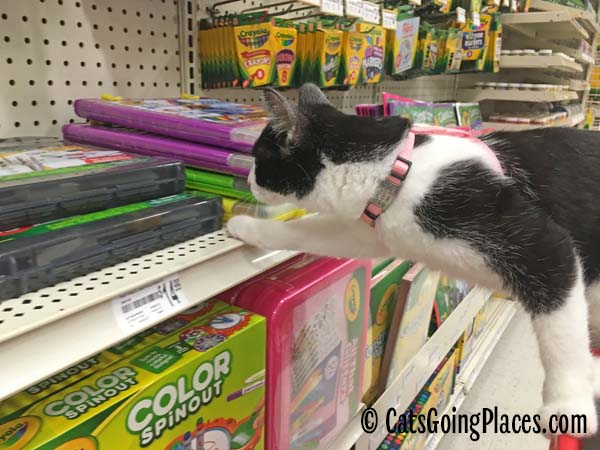 The inline collar tags designed for breakaway collars and that are on Cupcake’s harness have a little gap on the back for you to slide them onto the webbing. When you see them not attached to a collar, then don’t look like they will stay securely, but I have had eight cats wear them over the years, including Cupcake, and none have ever fallen off.

I don’t get any benefit from the Boomerang Tags people from mentioning them, but I recommend their collar tags as an especially cat friendly form of ID.

Less frequently, Cupcake wears a soft mesh harness. That kind of harness doesn’t accommodate an inline collar tag, and the only attachment point is the D ring behind her shoulders for her leash. With that harness, she wears more of a traditional collar tag. 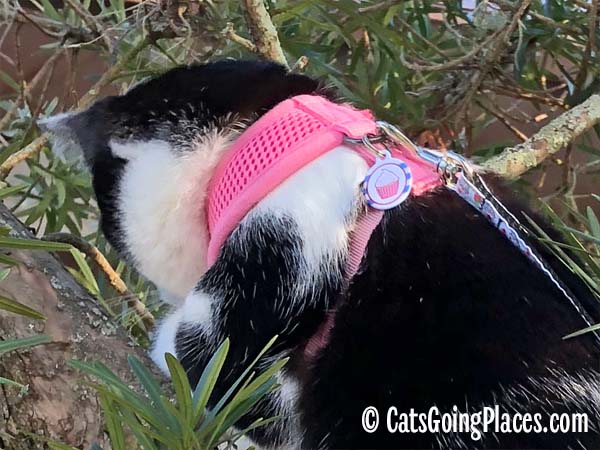 One of the nice things about using a traditional ID tag for identification is that there are so many choices in personalizing them. Cupcake’s ID tag has the image of a cupcake on one side, and her name and contact phone numbers on the other side. Simple and effective.

I designed Cupcake’s tag myself, and you can get a cupcake tag of your own, if your cat is as sweet as she is. 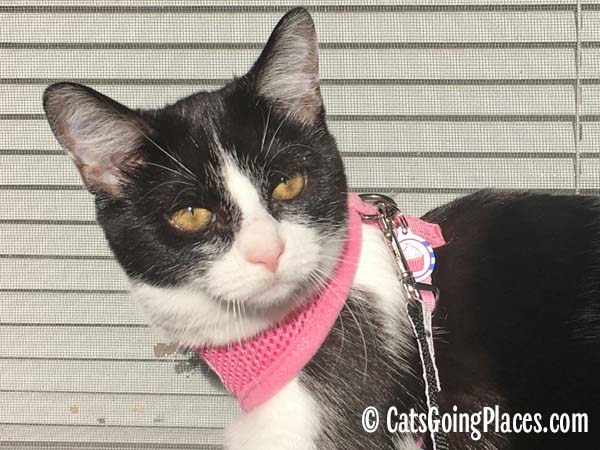 The small collar tag size is so useful and cute, I also attached one to her cat carrier. This eliminates the need for an enormous luggage tag for the small bag, but it also ensures it is always identified. 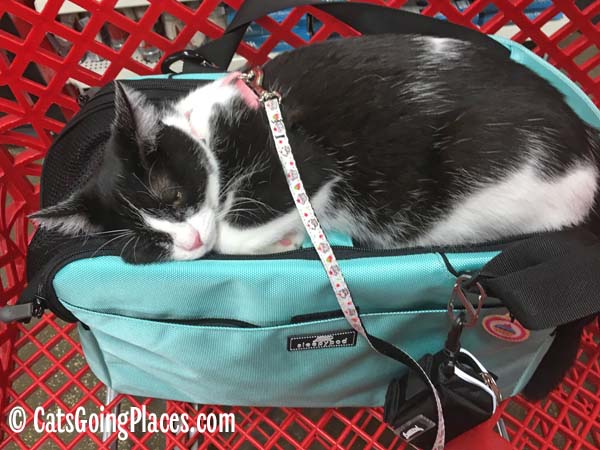 Cupcake’s ID tag has my mobile phone number on it so no matter where she and I are, it won’t be hard for us to be reunited.

One of the other advantages to the traditional ID tag being so common is that you can get them just about anywhere. If I was traveling and was going to be unable to answer my phone for an extended period, I could go to one of the big-box pet stores and get a tag made on the spot with the catsitter’s phone number so there would be an immediate point of contact for her.

Cupcake’s backup ID is her microchip. Even if she is lost wearing her harness or collar ID and somehow gets out of it, she still has her microchip implanted securely between her shoulder blades.

Many rescue organizations and nearly all vets will do this for a nominal fee, and it’s the one form of identification that your cat can’t lose because it’s hidden under their skin.

Microchips don’t have contact information for you written on them. They just have a single identifying number that tells the veterinarian or shelter who reads it what microchip company it came from. That company keeps the information about how to contact you.

The day I adopted Cupcake, I registered her microchip with the chip company, and I will make sure I update it if my phone number changes, the same way I would her ID tags. 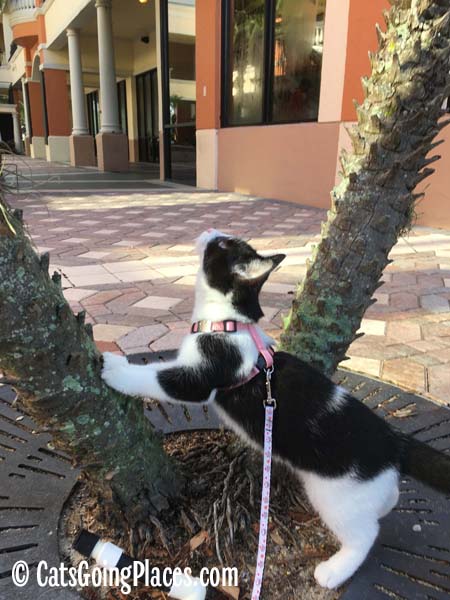 Cupcake doesn’t have a lot of outdoor adventures. She’s a real city cat, and she prefers shopping in cat-friendly stores to exploring my front yard. But I know that if the worst happens and she is lost, she has the identification to get back to me.

What kind of identification does your cat going places wear?