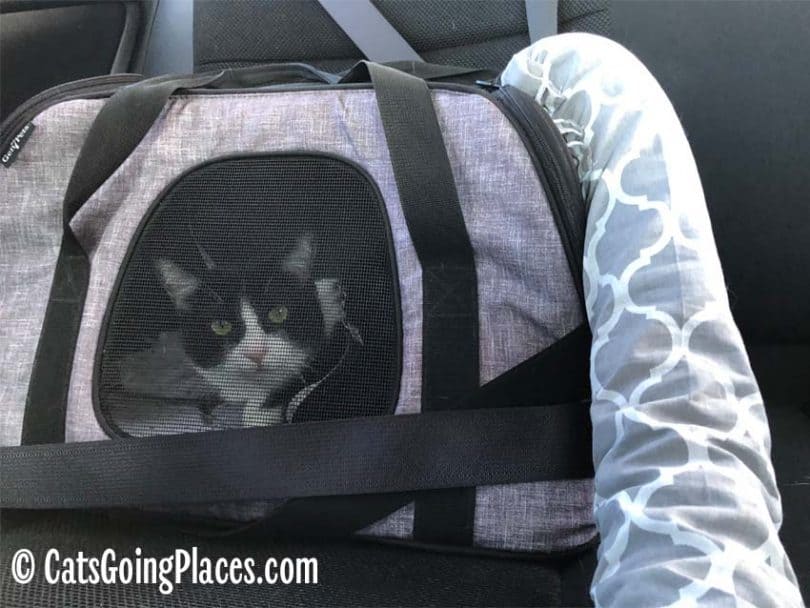 We continue to look for ways to keep Cupcake cool in the heat. I know that the official first day of fall has just passed, but here in Florida, the first day of fall is kind of like when the groundhog looks for his shadow, only this time of year he says, “six more weeks of summer!”

Getting into a car after outings with Cupcake is still asking her to climb into an oven where there are no air conditioner vents in the back seat where her carrier rides. I’m happy to say we found a solution to keeping the back seat comfortable.

I had wondered if there was a way to duct cool air into Cupcake’s carrier, and it turns out there is one that was created for litttle kids in the back seat. It’s called a Noggle. Someone with a lot of patience and a hardware store could probably cobble something together that functioned the same way, but we bought Cupcake’s Noggle on Amazon (affiliate link).

To duct cool air into the back seat, Noggle gives you a receptacle you zip tie to your car’s air conditioning vent. 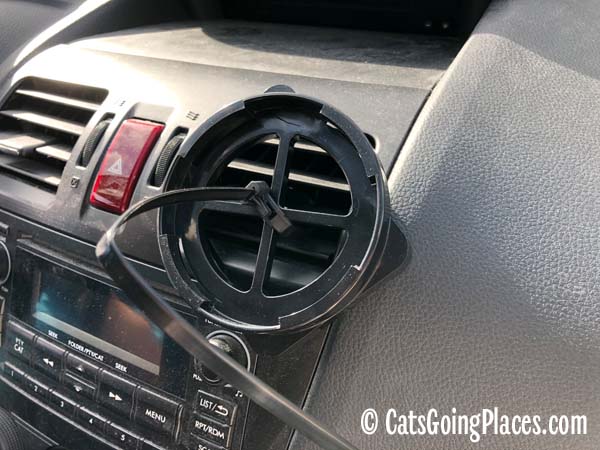 When Cupcake isn’t in the car, air flows right through this, so it doesn’t interfere with the comfort of front seat passengers. But when Cupcake is riding, the Noggle attaches easily. The tabs on it slide into the grooves on the receptacle, and they lock in with a little turn of your wrist. The conduit of the Noggle is totally flexible, and under its fabric cover, it feels like a ridged vacuum hose. 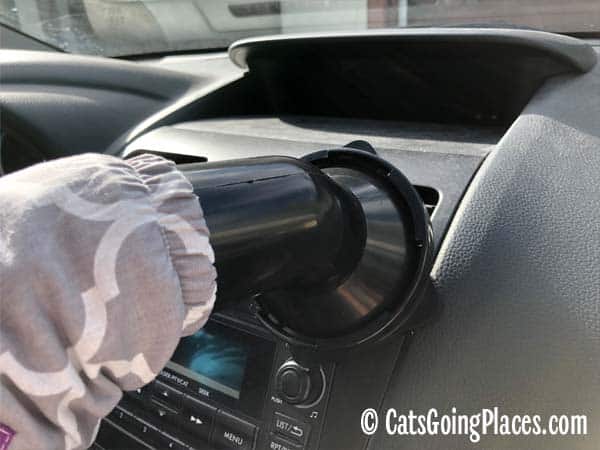 The business end of the Noggle where the air comes out has a little grate on it so nothing can be stuck into it. It also features a fabric loop with velcro so you can attach it to things in the back seat. 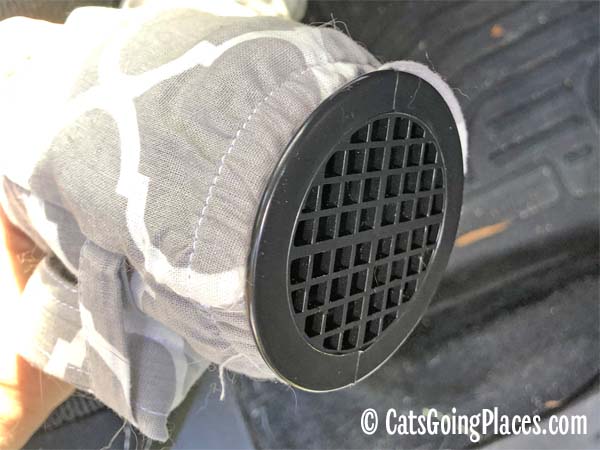 I attach the velcro loop to the handle of Cupcake’s carrier and then unzip the end zipper just far enough to tuck the Noggle in. The cool air goes directly into the carrier. You could use the velcro to attach it to the wire gate of a hard carrier, too. 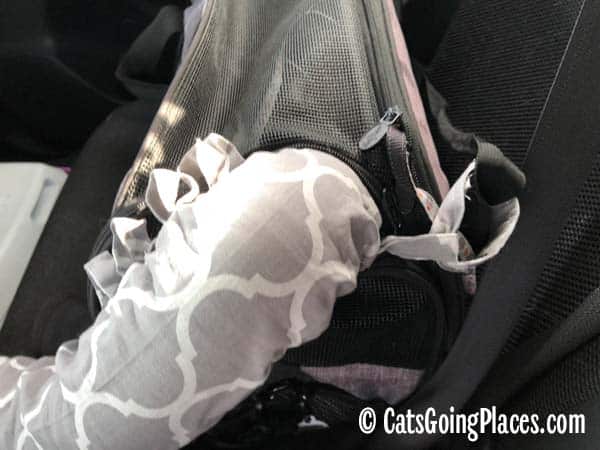 Cupcake hissed in surprise the first time I pushed the end of the Noggle into her carrier, but she enjoys the cool air. We haven’t seen her panting in the back seat a single time since Noggle became her copilot. She gets so much cool air from it that on hot days, I open the back seat door and lean over the carrier to unbuckle the seat belt and can feel the cool air emanating from her carrier. 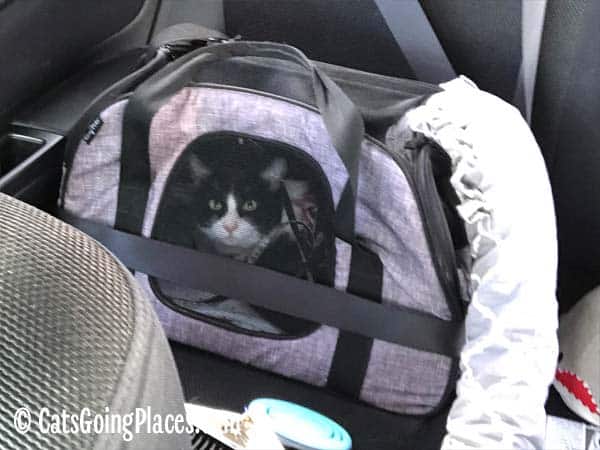 I’m sure we will use Noggle in the winter to warm the carrier in the back seat, too, so I don’t think it’s just for hot climates. It’s going to make trips for outings for Cupcake much more comfortable on chilly mornings like it does midday on hot days.

You can find Noggle on Amazon, or you can get it at a 10% discount using our exclusive discount link to the Noggle web site.

FTC Disclosure: I purchased the Noggle and received no compensation for reviewing it.

This post contains affiliate links, which means we receive a small percentage if you make a purchase after clicking the link.