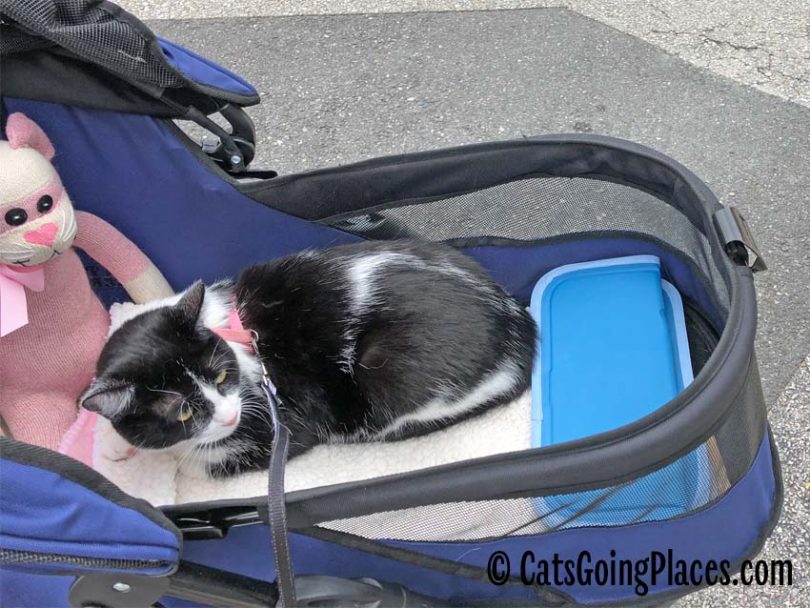 It has been hot here. Stupid hot. Taking Cupcake out in this weather has been tough because the heat is hard on her.

I try to watch Cupcake’s respiration when the thermometer climbs. When her sides heave quickly as she rests in her stroller, she is obviously impacted by the heat. Even resting among friends in the shade, it’s hard for her to stay cool when the heat index is approaching — or over — 100 degrees F. 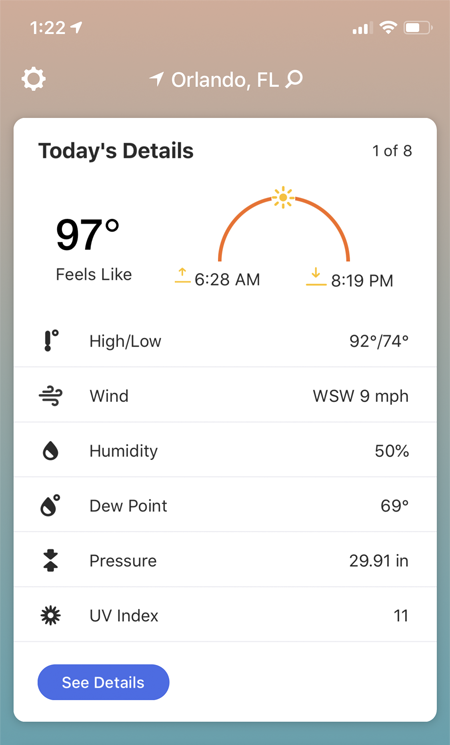 Days like this have been common here in Florida.

When we get her back in the car to go home and she is already overheated, the additional heat trapped in the closed car can’t all escape at once, and she will pant until the air conditioning brings the temperature down.

I wanted to find a way to cool her down faster, so I looked into cooling pads, which are sold for dogs. There are two common types, one you fill with water, and another that has a gel inside that activates when a pet’s weight presses against it. Since things filled with water and cat claws don’t mix, I picked up one of the gel ones, a Green Pet Shop dog cooling mat I bought on Amazon.

The first outing her cooling mat in her stroller, Cupcake wasn’t sure of the pad’s smooth texture. She would grab the edge while she was laying on it to pull herself across and reposition on it. The pad felt cool to the touch to me while we were out, and she didn’t pant while she was on it. When we got home into the air conditioning, I realized how warm the gel had become over several hours. It was cooler than the 90-something degree heat outside, but it still felt warm to me when I was in the cooled house. 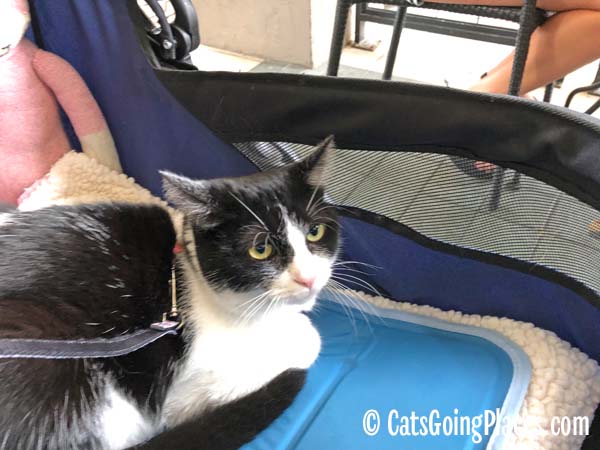 So I wondered what if I could keep the pad cool and use it on the later part of her outing, when Cupcake felt hottest. The folding pad fit perfectly in the bottom of a smallish cooler, and with an ice pack added, it stayed cool in the car even when the car sat in the hot sun. When I pulled the cooling pad out hours later, the pad felt slightly damp from condensation and cold enough I didn’t think any cat would want to lay directly on it. So I tucked it under one layer of blanket in her stroller, where it emanated cool through the fabric. Totally not the way it is intended to be used, but Cupcake sprawled comfortably across it while we wheeled her through a pet-friendly tourist mall to a pet-friendly restaurant.

Now I keep her cooling pad folded in the front of her stroller to put into her carrier in the car before she jumps in to go home. This strategy hasn’t entirely worked. Cupcake still shows signs of heat distress during those first few minutes as the car’s air conditioner labors away to cool the interior of the car.

To cool Cupcake off faster, I could put her carrier in the front seat where the air conditioning vents blew directly on her. Cupcake usually goes into her carrier after hopping out of her stroller, but she bypassed it to check out the view from the driver’s seat. 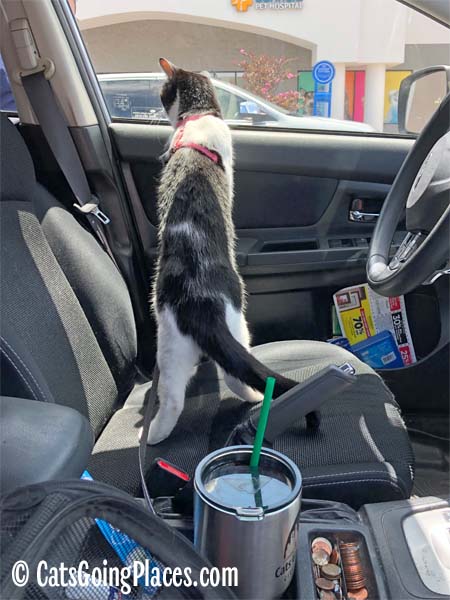 After bouncing around the driver’s seat, Cupcake was still uninterested in her carrier in the front passenger seat. She climbed between the seats and settled in the spot on the back seat where her carrier is usually secured. Like all cats, she likes routine, and riding there was in her mind part of the routine. She let us know that is where she thinks she is supposed to ride. 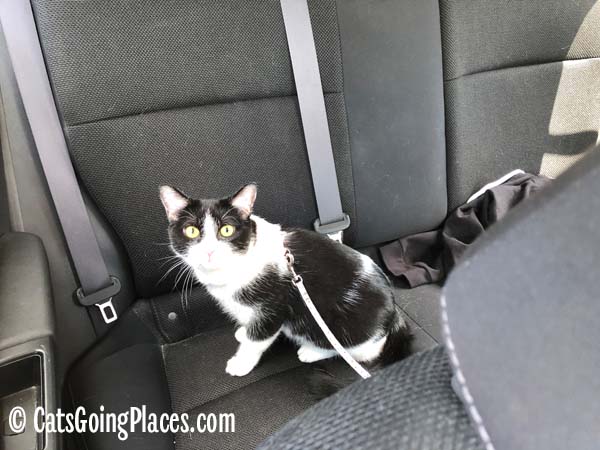 I finally had to pick her up and put her in the carrier in the front set so she could get the air conditioning. She didn’t show any signs of heat distress, so mission accomplished. Usually a quiet passenger, Cupcake looked up at the windshield and complained the rest of the ride. Don’t mess with her routines, she told anyone who would listen. She didn’t appreciate my efforts to beat the heat for her.

This page contains affiliate links, which means we receive a small percentage if you make a purchase after clicking the link.