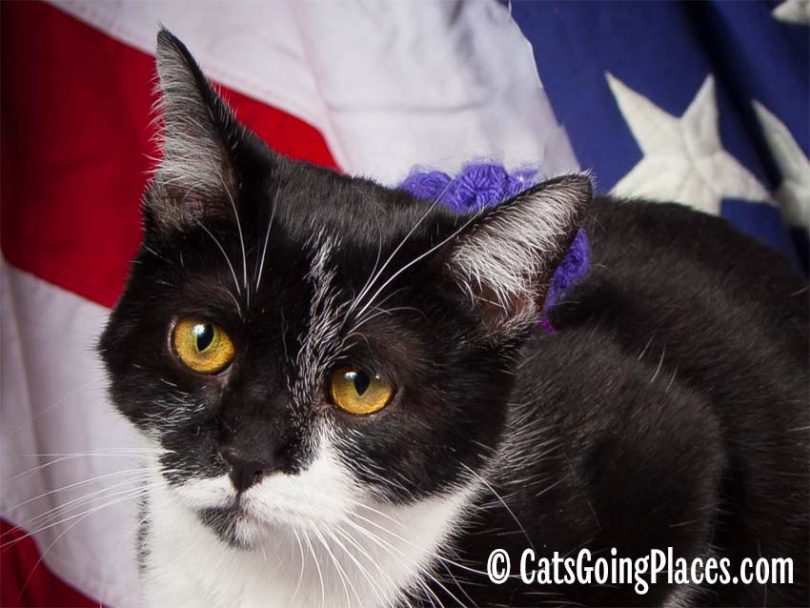 There is a local photographer who volunteers his time as Faces of Rescue and does photo shoots for donations for local rescues and groups in central Ohio. I took Chanel to have her picture taken before Christmas and he did such a great job with her. He has a lot of patience and I was honestly surprised how well she sat for him. 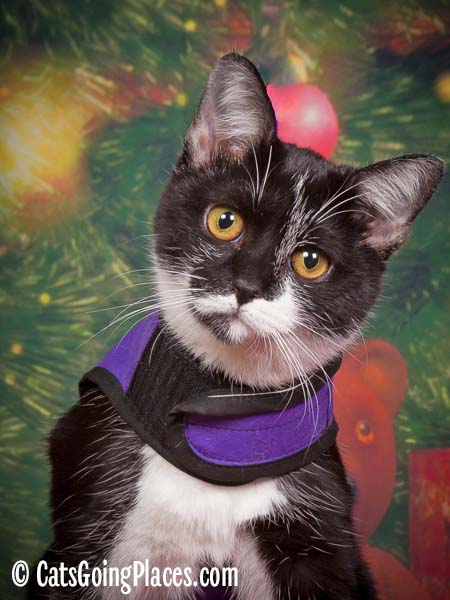 When I saw that he was doing a star spangled photo shoot close to our house, I put it on my calendar. This shoot is supporting Rescued Rollers which is a group that takes donated pet wheelchairs and refurbishes them for families that can’t afford new ones and for rescues that need them.

This set up I wasn’t sure about – the camera and back drop were set up close to the front door and the front door was open to the outside. What I also didn’t realize was that there was an adoption event going on so there were lots of people and lots of dogs in front of the store on the sidewalk. Dave the photographer was great. He set up a box in front of his back drop and we set Chanel up on the box. Dave has owners hold the leash straight up in the air so he can Photoshop it out of the picture.

Chanel was much more distracted than she was last fall. There were barking dogs and a lot going on outside the door. But with some talk and a squeaking toy, she looked enough to get some great shots. She panicked a little at one point and I sat next to her on the box to reassure her and then stood back up to allow him to get a couple more pictures. 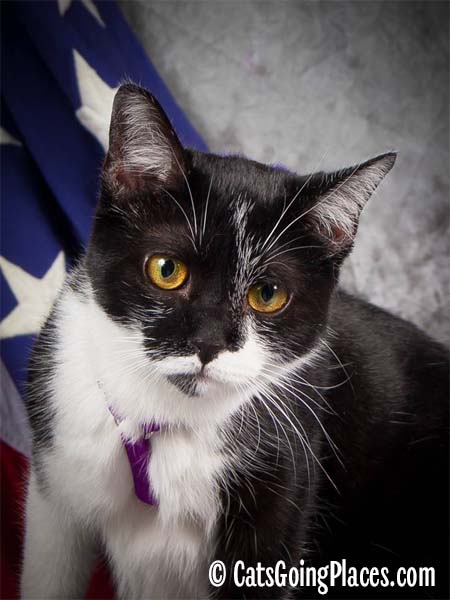 It was also nice in that he remembered us from last fall. Chanel tracks differently than other cats, so the sounds and the lights would cause her to look away but he had SO much patience with her. I’m sure that her social skills played a part in being able to get pictures in such a public setting, but I will say that if you have a photographer in your area, it is something to consider. I love Dave’s work and seeing what she can do with someone who has more skills than I have. If you can find something like this in your area, I highly recommend taking advantage. 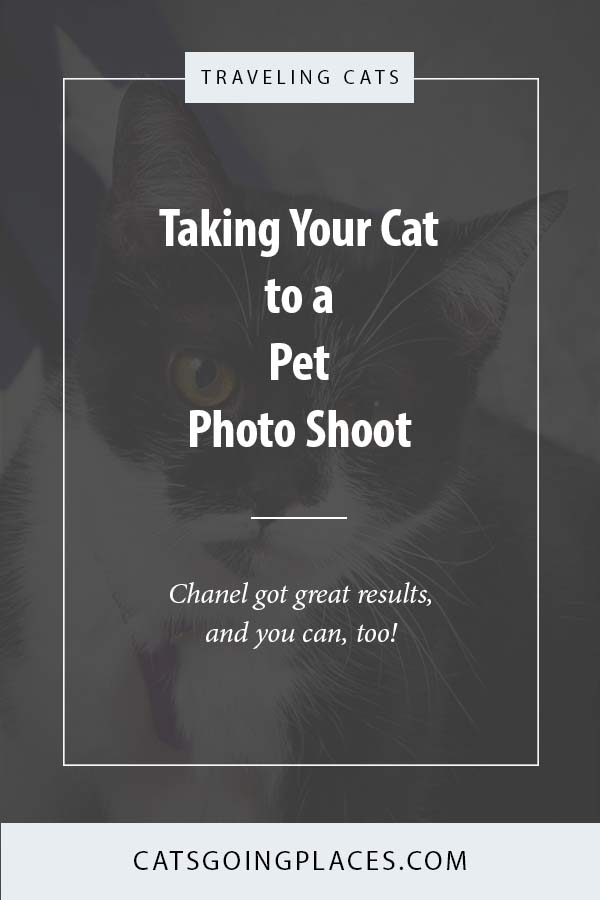