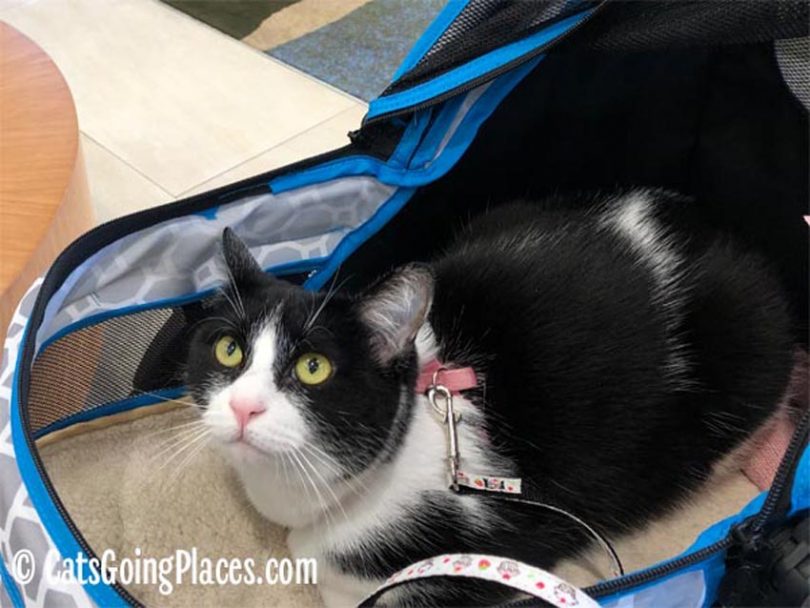 Last week I traveled to Florida to spend time with Julie and her cats. Oh – and attend Global Pet Expo which showcases pet products on the market and new products that may (or may not) be coming soon to a store near you. We had access to the Expo as press to preview products for this site. And the event was pet friendly, so we got permission to bring Cupcake.

The original plan was to take her on Thursday but she did so well we ended up taking her on Friday as well. There were actually several animals at the show – more in strollers than you would think. However, despite being told there was another cat present (whom we never saw), most people were surprised to see Cupcake in her stroller and remarked how well she did in the expo environment. While the building was HUGE and there were thousands of exhibitors, the noise level in the building was actually fairly even and not loud, so she did very well.

The funniest thing for me was seeing Cupcake’s reaction on Thursday morning to the convention center. We pulled into the drop off lane, unloaded her and the stroller, and I took her upstairs while Julie parked the car. Once we got up there, I unzipped the stroller cover. She immediately stuck her head out of the stroller and looked around. I could tell she was very sure that this was NOT Starbucks. 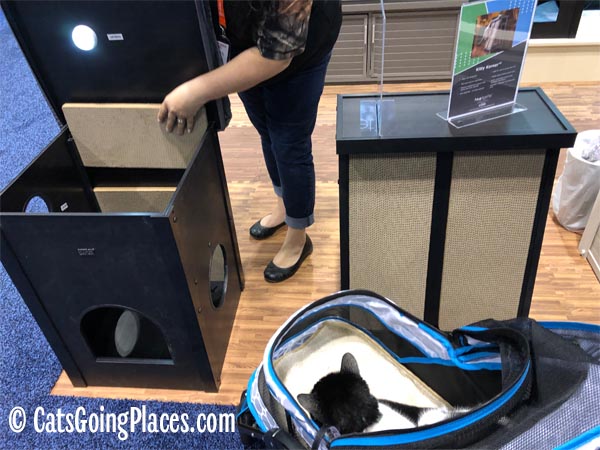 We spoke to many different exhibitors – from harnesses to essential oils to food to treats to toys….the list goes on. Everyone was excited to see her. It was nice also to talk to once exhibitor about harnesses. We were able to show the person exactly what we were talking about in terms of structure and function with Cupcake serving as our example. We are both hoping to follow up with them about the things we spoke about.

Plus there were pigs and chickens and dogs…and even a lizard on a leash (Cupcake never did catch sight of her). 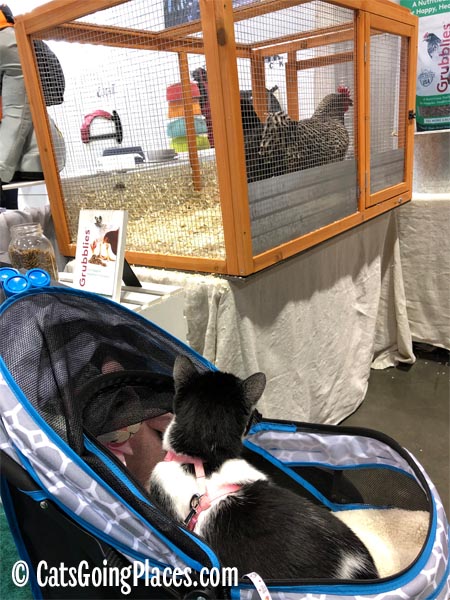 Cupcake got her first look at chickens

I knew Cupcake would do well, but honestly even I was surprised by how well she did, especially over a 2 day period. We cut both days short to be able to take her home but at no point in the convention center did she try to get out of the stroller or even act like she was concerned about what was going on around her.